DARING DOCCIES-linked movies to feature at the first FLAMEDROP FILM FESTIVAL
(9 - 15 December, The Bioscope, Johannesburg) will include:

THE NATURE OF EXISTENCE

Highlights from all Flamedrop related events will include:


From Daring Doccies :
THE NATURE OF EXISTENCE

The 2016 SOUND ON SCREEN music film festival was held in conjunction with
THE X FEST and DARING DOCCIES (including Punk and Metal subjects, with A Fat Wreck: The Punk-u-mentary and Blackhearts, plus Placebo: Alt.Russia has the band
uncharted investigation of alternative art and culture across the vastness of Russia)
www.flamedrop.com/sos

The next Daring Doccies Documentary Film Festival edition is pending

Early-April 2014 however, it teamed up with
THE X FEST

Featuring a host of thought-provoking, hard-hitting and moving documentaries,
most making their South African theatrical premiere.

Check out the Sound On Screen Film Festival at
www.flamedrop.com/sos


[ for info to submit productions for the 2012 Daring Doccies Film Festival, click here ] 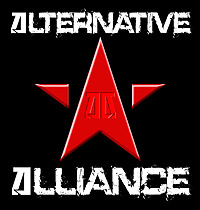 The movies chosen for this inaugural documentary event includes a selection of
incredible, award-winning and acclaimed motion pictures, dealing with a host of issues
from Mugabe & Zimbabwe, Chavez & Venezuela, and social issues, to the dark side of Norwegian Black Metal,
rebellious tattoo artists, animal rights, the world's oil addiction, America's spiraling debt, money, religion,
and the greedy people who dictate our lives from behind the curtain.
Most of the 8 documentaries selected make their South African and Cape Town theatrical debut.

Access the full movie info, screening times and trailers at the links above